The presentation was so painful to watch I wanted to crawl under my chair. It was one of those moments where you feel so embarrassed for the speaker you want to hang your own head in shame.

I was a reporter, covering the state legislature in Topeka. I can’t remember the specific topic on which the poor guy was testifying, but I remember the venue vividly. The committee was holding forth in the ornate Old Supreme Court Chambers on the 3rd floor, south side of the Kansas Statehouse.

The speaker completely, dramatically, embarrassingly, suddenly lost all ability to think on his feet. The thoughts may have been bouncing around in his brain, but the ‘open your mouth and say the words out loud’ neurons were not connecting. After a few seconds, the guy actually had trouble breathing. Mercifully, the Committee Chair intervened, offered him a graceful exit and a chance to regroup.

Public speaking is terrifying to most people. Eighty percent of adults suffer from a pronounced fear of public speaking. I’ve witnessed massive sweats, hives, visible trembling and even the tossing of cookies. Well, OK, not the actual cookie tossing, just the run up as the erstwhile orator hustled hurriedly to the facilities. (As a reporter, I wasn’t interested in that much truth.)

I get it. It’s perfectly understandable. It’s intimidating and hard to speak well if you don’t have the first clue how to go about it.

What’s more, our culture and society offer few examples of individuals who can articulate their ideas well enough to serve as role models. In both formal and informal interactions, most people fail to speak at a level matching their talent and gifts.

It’s ubiquitous. In school, daily workday interaction, at the local Rotary Club, and in front of august state legislative committees in ornate hearings rooms in the State Capitol.

Verbal exchange is too often awkward, stiff, stilted, too reliant on notes, peppered with, “uhs,” “ya knows,” “likes,” and their ilk.

I plead guilty. I have this terrible habit of making a point in a public presentation, and following it immediately with an utterance of “Right?” As though my subconscious mind knows the speech is crap and I’m desperately seeking approval from my audience.

As a broadcast journalist on television and radio I developed the skill to ad lib. Anchoring statewide radio news coverage during a long election night, my job was to report results and verbally run interference between two opposing political party pros serving as in-studio analysts. I fell into a comfortable, predictable pattern when wrapping up their sparkling, cogent political analysis by uttering the words, “Good enough.”

I said it so much that at one point late in the evening, during a commercial break, one of the analysts leaned over and asked me, “Mike, I gotta know. Is it really good enough?”

‘Good enough’ was a crutch.

One piece of advice. Always put yourself in the position of a recipient of your presentation. Visualize you’re them looking up at you, rather than the reality of the opposite. Why are they in that room at that moment in time? What do they expect of you? Understand their points of view.

Outline your presentation verbally up front. This gives your audience a frame of reference of the wisdom you’re about to spout.

Learn valuable tips to speak to engage others at a Public Speaking Skills Workshop on October 14. 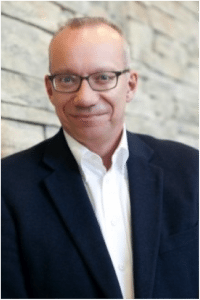