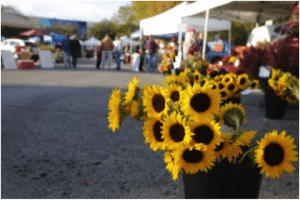 Demographic changes affecting Kansas also provide an opportunity to grow the Kansas economy, KLC President and CEO Ed O’Malley writes in a recent column in the Wichita Business Journal. But it will take innovative ideas and strategic approaches to affect the state on a large enough scale to matter and position Kansas and its people to thrive in the 21st Century economy.

Many of us might be aware that America is on the path to becoming an increasingly diverse nation. But it’s also fascinating to think about how these trends are playing out closer to home. In some Kansas communities, those who we’ve traditionally referred to as “minorities” are now the “majority” and a significant chunk of the Kansas population is of an ethnic origin other than European Caucasian.

This demographic evolution can be fodder for increasingly productive dialogue, O’Malley explains:

While our conversations started with the demographic evolution, lately we’ve begun to think and talk about this shift in terms of the economic potential it brings and the jobs it can create.  One in five Kansans is a traditional minority. That’s 20 percent.  But today, only seven percent of the businesses in Kansas are minority owned. The Small Business Administration tells us simply getting parity in those numbers could add 70,000 jobs in our state. If we can harness the drive and passion to increase business ownership in this demographic segment, we believe it can have a significant beneficial impact on our economy.   We think the communities and states that do this first may have a significant competitive advantage.

While we may not know yet what the most desirable, future course of action is, it is not following the familiar pursuit of philanthropy.  It’s about positioning Kansas to thrive in the 21st century economy.

This is not about redistributing the pie. It’s about baking a bigger pie.

KLC is fostering the efforts, with input from the Wichita District of the U.S. Small Business Administration, by inviting public participation among stakeholders who recognize the economic power behind increasing the number of minority-owned businesses in Kansas. A three-session program, “Growing Kansas: Increasing Minority Business Ownership Through Leadership,” will take place May 5-7, July 9-10 and Sept. 10-11 at the Kansas Leadership Center & Kansas Health Foundation Conference Center in Wichita.

Designed for individuals working to increase jobs and commerce in Kansas, the program seeks to build the leadership capacity of attendees, focus discussion on the state of minority-owned businesses and generate plans and progress on the issue. To apply for the program, which is free of charge, please click here. The deadline to apply is 5 p.m. on Friday, April 4.