It’s how you play the game 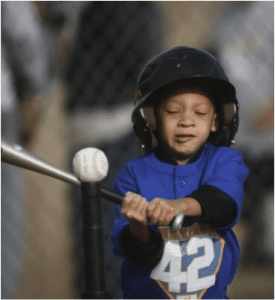 Editor’s Note: A version of this column ran in the Spring 2015 edition of The Journal. You can read this issue, which explores the connections between the arts and leadership, here: klcjr.nl/springissue2015

There is usually a direct relationship between the process used to get results and the lasting effect of those results.

And, a baseball example (I just can’t help myself):

The slow, methodical process used to develop the current Kansas City Royals roster looks as if it will have lasting results. (K.C. went to the World Series last year and is 7-0 this season as I write this!)

This brings us to recent process issues in Kansas. The Wichita Eagle opined recently that the current legislative “process (related to school finance) inspires no confidence in state leaders’ ability or intention to write a fair, adequate school finance formula over the next two years.” We have no opinion about the school finance law per se, but we do have an opinion about the process Kansans use to make decisions and create laws.

It’s our belief that if Kansans gets better at the process of leadership, it will lead to stronger, more sustainable outcomes over the long haul. It’s not our place to take sides on policy issues, but we believe it’s our responsibility to help Kansans improve the processes by which they make tough choices and tradeoffs.

The recent block grant approach to school funding signed into law gets points for creativity, but our experience suggests it will exasperate the current tensions and lead to more, not less, consternation.

Why? The process by which it was crafted and passed was rushed and contained little authentic engagement with all stakeholders.

Contrast that process with the process the state is using to chart a new course for water resources. On the water issue, engagement is high and stakeholder input is valued.

My guess is 10 years from now, the water effort will be seen as successful, the block grant funding effort as leading to more strife.

What can we all learn from these examples? Here are some simple rules of process:

None of us exercise leadership all of the time. We all make mistakes. I’ve criticized the state’s work on education funding, but I surely have violated my own rules of process on matters now and again.

Exercising leadership is rare. It doesn’t happen often. It’s a bit like baseball. Hit the ball three out of 10 times and you go to the Hall of Fame. Exercise leadership three out of every 10 opportunities and you are pretty special.

My sense is that when we strike out, or hit a towering “back, back, back” fly ball only to have it grabbed on the warning track, it’s often because we failed to create a healthy process.