The closing weeks of a year don’t just usher in the holidays. They also bring with them a flurry of “best of” lists for just about every subject, whether it’s the best books, movies and music albums or the top newsmakers of the year.

I always find myself drawn to these lists. I love to be reminded of something I’ve seen over the year that has impacted my thinking and to catch up on interesting things that I’ve missed. There’s just something useful and interesting about thinking over what’s defined the last year.

As I read through this year’s round of lists, I started thinking about the stories that that have appeared in The Journal, the Kansas Leadership Center’s quarterly magazine. As the managing editor of that publication, I’m proud of everything we’ve published this year, but there are a handful of stories that strike me as being particularly memorable.

So here’s my list of “five leadership stories” worth revisiting that ran in The Journal this year. If you’ve missed any of them, I would definitely recommend checking them out.

“Acts of Courage” by Seth Bate (Winter Issue). The opening paragraph sounds, of course, like the start of a bad joke: “A rabbi, two priests and a minister climb into a truck and drive across Kansas.” But the path that four Wichita clergy followed to become the “Four Horsemen of Tolerance” in 1938 by challenging an influential preacher with anti-Semitic views and Nazi sympathies is actually a riveting historical tale of courageous leadership. It’s a good reminder that mobilizing others under tough circumstances has always been difficult and risky, and that we must be especially skillful and true to our values when we step into the line of fire to advance a purpose. 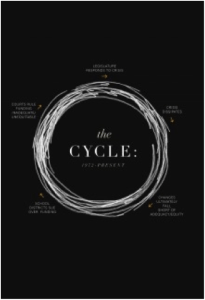 “Breaking the Cycle: A School Funding Hypothetical” by Brian Whepley (and myself) (Spring Issue). What does leadership on a tough, intractable civic challenge really look like? This fictional story attempts to imagine the kind of leadership necessary to end the cycle of lawsuits that have plagued the state’s K-12 public school finance system since 1972. The characters’ focus in the story is on creating a trustworthy process to reach a solution, rather than the solution itself, and reframing the debate in a way to make sustainable progress a more likely possibility. The piece, mentioned in this Hutchinson News editorial, is designed to be a debate-provoking vision of the kind of leadership that might pave the way for a stronger, more prosperous Kansas. 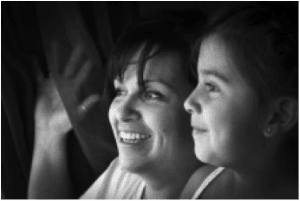 “Leader of the Circle” by Sarah Caldwell Hancock (Summer issue). As much as poverty is discussed in the news these days, it might be hard to know what it’s really like unless you’ve lived it. This story puts readers in the shoes of Maria Padilla as she works to lead herself and her family out of poverty with the help of a group called Circles of the Heartland. It provides a sense of not only the challenges she faces, but also illustrates some of the reasons why childhood poverty represents such a difficult issue to make progress on in Kansas. There’s no fairy tale ending; but Maria provides plenty of reasons to be hopeful, both for her future and the future of other Kansans working to overcome the challenges of poverty. 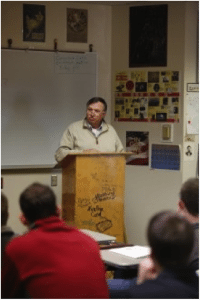 “Called to Action” by Patsy Terrell (Spring Issue). The loss was devastating. But Christie and Curt Brungardt have responded to the murder of their daughter in an act of domestic violence by harnessing their deeply personal pain to action that benefits the common good.  Through the work of Jana’s Campaign, they focus on education and prevention of gender and relationship violence. The road they are traveling is not an easy one, but their story demonstrates how far the power of a deeply felt leadership purpose can carry you. 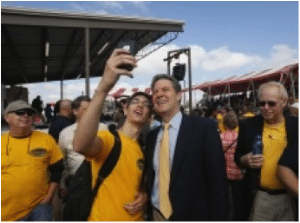 “No Turning Back: A Leadership Profile of Governor Sam Brownback” by Dawn Bormann Novascone (Fall Issue). Written in the run-up to the 2014 general election, this story digs deeply into how Brownback thinks about leadership and explores how others – both supporters and critics – see his leadership. After winning a hard-fought campaign, Brownback will be sworn in for his second term in office on Jan. 12, with the state facing a large budget shortfall. The story gives a sense of the risks that can come with pushing for significant change, a challenge that figures to remain just as relevant in Brownback’s second term as it did his first.

Stay tuned for more great stories from The Journal in 2015. The first issue of the new year will be published in February.

Chris Green is the managing editor of The Journal.