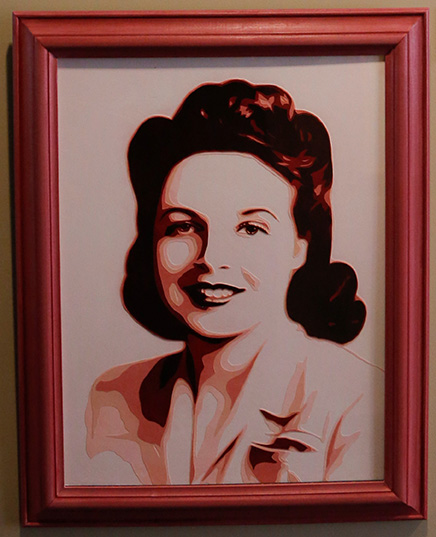 Most Kansans may be familiar with John Brown, the fiery abolitionist of the 1850s or the landmark Supreme Court Case, Brown vs. Board of Education, decided a century later, in the 1950s. But Esther Brown is another Brown in Kansas —a woman who stood up to prejudice and hatred. The daughter of a Jewish immigrant, she became an advocate for African American children by demanding better education conditions for the children in a Kansas City school district.

In the late 1940s, the Walker School in Johnson County was African American. Esther Brown, led the fight to force the South Park school district in Johnson County to allow black students in the then-white’s only newly-constructed school. Her maid’s children attended the Walker School in the district – which had inadequate heating during the winter, dirt floors, a leaky basement and outhouses. A new school had been built for white students

She was threatened with countless phone calls. A cross was burned on her lawn.

She persisted, despite overwhelming opposition.

She helped African American families in the neighborhood form a NAACP chapter, hired an attorney and helped raise money for the campaign.

On June 11, 1949, the Kansas Supreme Court ruled in favor of the African American families and the justices ordered the district to not only improve Walker School but allow black students to attend the school of their choice. Five years later, Esther Brown helped organize efforts in Kansas which led to the Brown vs. Topeka Board of Education court case.