Kansans are taking many different approaches to fighting the spread of COVID in their communities, but if there is one common thread to these efforts it is hope.

Hope that all their efforts can relieve isolation and financial insecurity. And above all, hope for a return to normalcy.

Sometimes delivering hope actually means delivering – as in dropping off food and other supplies.

The faith community’s approach has been particularly noteworthy, showing that building on core missions, established practices and existing partnerships can be an effective way to try to help stop community spread.

If anyone can appreciate the value of a drop-off, it’s Brian Ingalls, lead minister of Tyro Christian Church, which mainly draws congregants from Independence, Coffeyville and Caney, in Kansas, and Bartlesville, Oklahoma. It is now drawing about 550 in-person attendees to its Sunday morning services, down from about 800 before the pandemic.

Ingalls and his wife both came down with COVID, and he said it was “really a great blessing” that volunteers delivered meals to them while they were isolated.

So when the Kansas Leadership Center, in partnership with the state of Kansas, launched the Kansas Beats the Virus campaign in December, Tyro Christian jumped in by organizing delivery teams for people who are sick, quarantined or reluctant to leave their homes.

“We’re trying to provide connection and care,” Ingalls said. “Making deliveries and bringing care packages just lets people know that we’re thinking about them, so that connection’s kind of important when they feel isolated.”

The church is also considering buying a freezer so it can store and deliver frozen dinners to people with that need.

The basic idea, said church elder Ron Winsor, is to show community members “the care, concern and compassion that as Christians we should do.”

The Kansas Beats the Virus campaign convened more than 850 community brainstorming sessions in December, working to energize creative grassroots approaches to beating a virus that has thus far killed more than 3,500 Kansans ranging in age from 18 to 107.

The authorization and distribution of vaccines is offering hope that the virus can be defeated in the coming months, though the vaccination rollout is coming amid a significant spike in daily cases reported in the state since November. The total number of cases in the state has more than doubled since then to roughly 250,000 presently.

In Tyro, the congregation prays for sick members, so they immediately know those people might need help during the pandemic. The church also offered its help to the health department and Montgomery County officials.

As Kansas Beats the Virus meetings moved from brainstorming to action, deliveries proved a popular strategy, including many efforts aided by KLC grants.

Those initiatives include an eight-group coalition in Wyandotte County that developed a central food delivery system for seniors and out-of-school youth in Wyandotte County. And the Iasis Christian Center in Wichita formed an “Essential Shopper” corps to deliver groceries to seniors.

Programs like these do require solving some knotty details, as Ingalls found out in Tyro in developing policies for the church effort. He advised other communities interested in taking this step to consider several questions.

How will they pay for the items? Online or at the point of purchase? Will they expect recipients to repay them? Some of them won’t be able to. Will they help the same people more than once? Will they buy nonessential items? How much shopping should they do at one time, in case problems with payment arise?

Developing policies on these issues is important, Ingalls said, but people in all communities should “start right where they are” by helping people around them.

“It’s really easy to be busy right now, and I think a big thing for all of us is to try to look out for each other.” 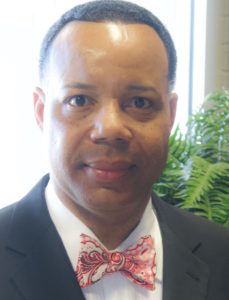 Dellrose United Methodist Church in Wichita also joined the ranks of those planning to make deliveries to homebound people.

The Rev. Dr. Kevass J. Harding, the church’s lead pastor, said the plan is to have five volunteer “servant leaders” from the church deliver donated facemasks, gloves and hand sanitizer; $50 grocery store and gas station gift cards; and information on where to get tested. They will leave the items in bags on the recipients’ front porches to minimize contact, which he recommends for groups in other communities to help stop the virus’s spread.

Just as Tyro Christian can identify at-risk individuals through its practice of praying for sick congregants, Dellrose United Methodist also had a head start on its COVID strategy because it had been making deliveries to those in need long before the pandemic started. Harding says participation in Kansas Beats the Virus is important to him as a minister because it helps people who might not have the means to protect themselves.

The church runs a nonprofit called Hope Community Development Corp., which provides rent, utility and home-buying assistance to individuals and families. He sees his church’s involvement in Kansas Beats the Virus as another way to help its community. He also hopes to find people in need by partnering with a foster care nonprofit, EmberHope Youthville, based in Newton with a satellite site at the church.

The church, located among low-income and working-class neighborhoods, keeps a database of members and those who need help with utilities and other assistance. Some members call asking for help.

The pandemic has added urgency to the church’s fundamental precept of serving those in need, Harding said. “It’s part of our DNA, to be the hands and feet of Jesus Christ in our community.”

Jerry LaMartina is a freelance reporter and editor based in Shawnee.