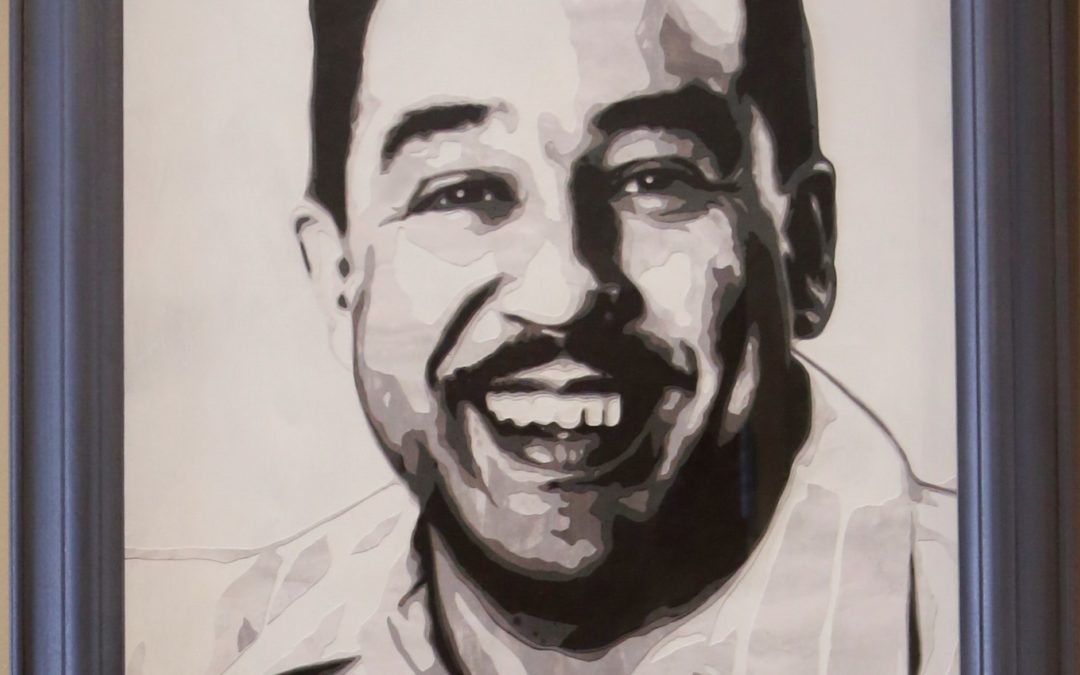 His words spoke to the human heart. And although he wrote of the African American experience during a time of great conflict, his words made people of all cultures understand beauty, suffering, and laughter.

Take, for instance, his description of rain:

Born in Joplin, Mo., Langston Hughes grew up in eastern Kansas, living in Lawrence, Topeka and Kansas City. His grandmother, Mary Patterson Langston, raised him and influenced him by building a sense of family legacy and pride. His grandfather, Charles Henry Langston and great-uncle John Mercer Langston, were abolitionists. Charles Langston moved to Kansas and was a teacher and activist for the voting rights of African Americans. And, his grandmother’s first husband had died at Harper’s Ferry fighting with abolitionist John Brown.

As Langston Hughes found his voice in writing, he worked in a variety of jobs — as a crewman on a ship, a busboy and other service-related tasks. His works spoke of everyday life but with an eloquence unlike any writer before or since. He won the Harmon Gold Medal for literature in 1930 for his novel, “Not Without Laughter.” He received a Guggenheim Fellowship in 1935 which allowed him to travel to Spain and Russia. He was awarded an honorary degree from Lincoln University in 1943 and was awarded the Spingarn Medal by the NAACP in 1960 for distinguished achievements. His image was made into a postage stamp in 2002 by the U.S. Postal Service. And, in 2012, he was inducted into the Chicago Literary Hall of Fame.

Through it all, he wrote from his heart, from experience. “I’ve known rivers,” he wrote in “The Negro Speaks of Rivers, one of his first poems.

“I’ve known rivers ancient as the world and older than the flow of human blood in human veins. “My soul has grown deep like the rivers.”