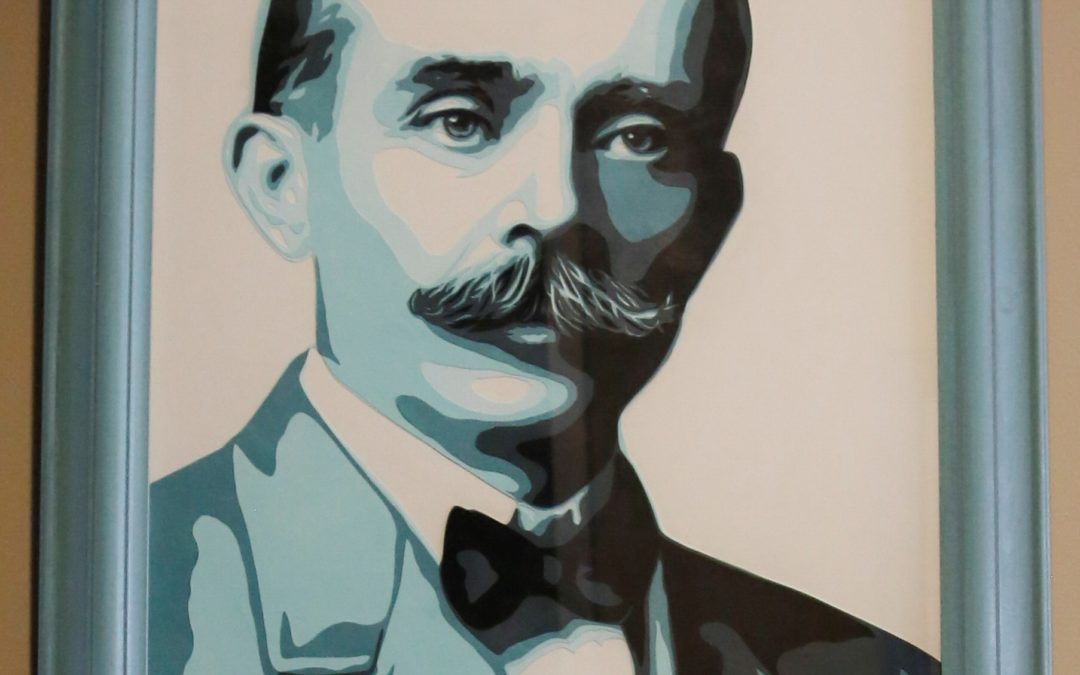 This frontier doctor from Dodge City started a grassroots movement in Kansas that soon spread around the world.

He took a stand against germs and encouraged Kansans to use more soap.

Dr. Crumbine was appointed to the Kansas State Board of Health in 1898 and, in 1904, was named Kansas’ first public health officer. Over the next two decades, Crumbine led efforts to make Kansas one of the first places in the world to develop public health standards.

He encouraged the Legislature to pass water and sewage bills. And demanded hotels regularly change the sheets on their beds.

Concerned by the spread of tuberculosis, led a “Don’t Spit on the Sidewalk” campaign, encouraging brick manufacturers to stamp the motto on bricks.  Soon those bricks could be found in every community in Kansas to help create public awareness as to the various ways diseases could be spread.

Under his leadership, Kansas became the first state to outlaw the public drinking cup.

He instigated the “Swat the fly” campaign and encouraged home and business owners to use flyswatters and place screens on windows and doors.