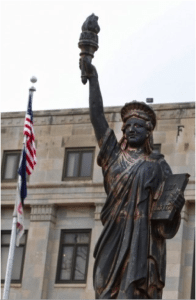 There I stood waiting in my dad’s oversized starched white shirt worn like a dress with the tiny buttons in the back. A foam five-point crown on my head and large flashlight gripped in my tiny right hand.

Our family parade was about to begin and this year I landed the lead role, little lady liberty.

We began to march to the beat of three makeshift drums proudly played by my oldest cousins. Each of us had a role to play. My grandma directed the route and each of my young cousins squawked and banged on makeshift instruments. Our parents were the joyful spectators and I was the lead torchbearer.

A memory of a rhythm of tradition repeated for many years of my childhood.  But the year I remember most is the one where I was the ‘leader’ of the parade.

Outside of the traditional classifications of leader and follower lies a more powerful view. A view where each individual has a role to play, equally important, illustrating the idea that leadership is an activity. A realization you will sometimes assume a role less glamorous than lady liberty.

Often when consciously choosing to exercise leadership, it doesn’t feel like a parade with cheerful spectators, coordinated movements and fanfare celebrating victory.

But what if it could feel like a parade? What if you embraced your role and its importance in the experience? The lesson my grandma taught me during those summers is life is fuller when you fully participate.

If you’re sitting on a curb watching a parade go by, waiting for the perfect moment to exercise leadership, get off the curb. Join in, marching forward. 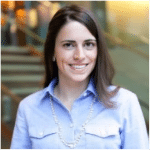 Amy Nichols is a communications associate at the Kansas Leadership Center.