From The Journal: The Art of the (Healthy) Deal 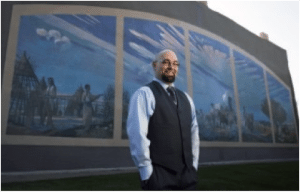 We’re all negotiators. So we should strive to make our agreements healthy, sustainable and efficient.

Editor’s note: A version of this article appears in the Winter 2014 Journal, which will soon arrive in mailboxes.

When we think of negotiating, the image that comes to mind might be of the president and Congress trying to come to a tense, last-minute agreement to avoid an impending fiscal crisis, as happened this fall in Washington, D.C.

But the skill of being able to negotiate healthy agreements isn’t just a valuable tool for politicians or diplomats, in the view of one member of the Legislature’s large 2013 freshman class, Marshall Christmann. Even though it may not always be obvious to us, making progress in civic leadership on the local, regional or state level also means frequently engaging in negotiation.

Being more conscious of the fact that leadership involves negotiation and compromise – rather than only making something you want happen – might help more Kansans be more effective at exercising it.

“I feel that good leaders are already, to a degree, good negotiators,” says Christmann, a Republican state representative from Lyons who participated in the Kansas Leadership Center’s Leadership and Legacy in the Statehouse program for freshman legislators in 2013. “They just haven’t realized the negotiating skills they are using. They just don’t realize it or it comes natural. They think they’re operating with intuition when, in actuality, they’re engaging in negotiations.”

It seems like it would be a natural connection for Christmann to make. After all, being a chief negotiator for a labor union of chemical workers who contract with the local salt plant is one of Christmann’s four jobs. He also works as a municipal judge and in an industrial job, in addition to his legislative duties and representing the National Chemical Workers Local 278C.

But the link between negotiating labor contracts and mobilizing others to make progress wasn’t cemented in his mind until he read a Summer 2013 Journal article about leadership and failure.

“I had that moment when a light bulb goes off,” Christmann says. “You fail in negotiation all the time. Not only that, but when I read the article, I realized some negotiation tactics could have been used to keep some outcomes from happening.”

When negotiations occur, Christmann says, there are three types of agreement the sides are likely to reach: (1) win-lose, an agreement where one side wins almost entirely what they want and the other side loses; (2) win-win, where both sides win what they want; and (3) mutual satisfaction, an agreement where both sides are happy with the outcome even if there isn’t an outright winner or loser.

Going into negotiations, both sides have to have a clear idea of what outcome they want from the negotiation. But they also have to prioritize those desires and be willing to trade off some outcomes to get what’s most important to them.

Sometimes even that isn’t possible, and a negotiating party will have to decide where it is willing to decide whether they will accept the “best alternative to a negotiated agreement.”

Furthermore, simply getting everything you want – and having the other side lose out – isn’t necessarily an ideal outcome in negotiation either. Christmann cites the work of William Ury, who co-authored a book called “Getting to YES: Negotiating Agreement Without Giving In.”

Win-lose agreements tend be very unhealthy, Christmann says, and good agreements, by definition, must be: (a) healthy, (b) sustainable and (c) efficient.

“If any of those elements don’t exist, the end product of the negotiation stands to fall apart over time or leave a bad taste in the other person’s mouth. That just leads to further problems down the road,” Christmann says.

To keep negotiations on track, Christmann says, it’s important for the parties involved to regularly check in to make sure they truly understand what is being agreed to and to avoid miscommunication.

Christmann has had proud moments in his negotiating work, such as a 42-day marathon of negotiations in which his union nearly called a strike but ultimately reached agreement with management. But his first negotiation at age 21 failed when it produced a contract that rank-and-file members of the union voted down.

In his legislative role, Christmann uses negotiation approaches in his conversations with lobbyists. He always asks lobbyists to articulate the position of their opposition and concede valid points they might have. Good lobbyists, he says, respond to the approach, and it helps him get a better understanding of the issue they are coming to talk to him about.

Although formal negotiations typically take place between two parties with distinct positions, Christmann’s description of effective negotiating echoes the kind of behaviors necessary to foster more progress in the even messier world of civic life.

The process is often tough and involves conflict. Sometimes parties must sacrifice something they care about in order to achieve their highest priority. Having a trustworthy process is crucially important to achieving an outcome that benefits all involved, particularly if the goal is a win-win negotiation.

“I would like to see more of that, but the level of trust that both sides have to have is very high, and it’s usually a result of multiple agreements over a long period of time of mutual satisfaction,“ Christmann says. “That’s when you start moving into that realm of win-win or collaborative bargaining, where both sides trust a little more and negotiate together in unison instead of by positions.”

It’s enough to make one wonder how much more could be accomplished if we were more cognizant of the fact that so much of what we do in leadership and life involves negotiation.

“Really, I think we’re all negotiators,” Christmann says. “It’s just a matter of comfort and, of course, having the right tools in your tool box.”