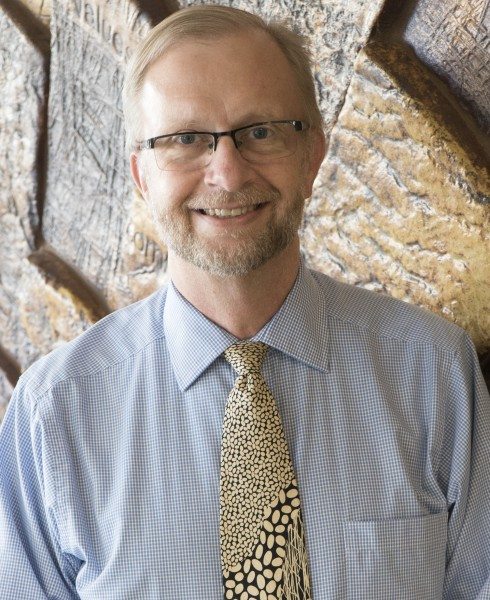 Thane Chastain creates order out of chaos. He knows the right message, delivered the right way becomes an act of leadership, shaping and improving our shared reality.

Put another way, Thane is all about helping people do what they never thought possible. As KLC’s Director of Virtual Learning and Engagement​, Thane helps everyone in the organization – from staff to program participants, board members to teachers and coaches – make the most of emerging technologies. Among his many contributions to KLC, Thane is a creative force behind Your Leadership Edge Online, The KLC Store, and KLC’s National Scaling Strategy as well as several other teams and initiatives.

With a B.A. in History and Communication from Bethel College in North Newton, Kansas, and a Master’s in Mass Communication from Wichita State University, Thane has worked in youth ministry, sales, radio, television, and at the college and university level in teaching and administration. As a volunteer and consultant, he has played key roles over the past dozen years in the ever-growing Tallgrass Film Festival, held the third week of October each year in downtown Wichita. He has volunteered over 40 years with the American Legion’s Boys State program and now volunteers with American Legion Jersey Boys State, in addition to over 20 years with the American Legion’s Boys Nation program held near Washington D.C. each summer. He has met several U.S. presidents, yet knows his work with thousands of young people is far more important.

Thane is fun, approachable, empathetic, and always willing to give honest feedback. He says of himself, “I may not be the first to catch on, but my persistence and ability to eventually understand complex systems and ideas have helped me translate for people who might otherwise feel totally overwhelmed.”

Years ago, a grateful friend presented Thane with a plaque inscribed in Latin: Ordo ab Chao. Order Out of Chaos. It’s the perfect description of what Thane does best.

Sign up here to receive news, information and offers from the Kansas Leadership Center and The Journal, our award-winning civic leadership magazine.