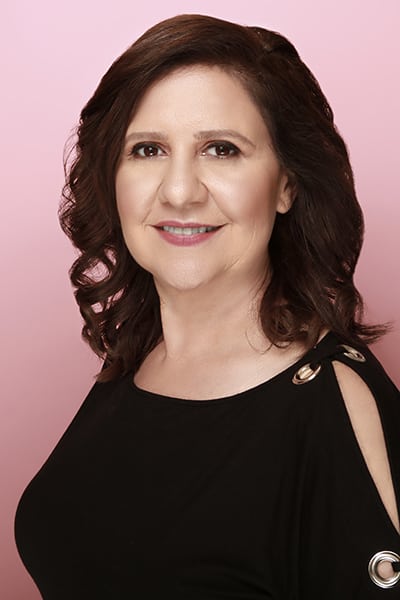 Irene Caballero has a heart for human development, a degree in information systems, and much of what she knows about life and leadership she’s learned on the tennis court.

A native of Monterrey, Mexico, Irene moved to Topeka, Kansas in 2005. She says, “Tennis has many similarities to the game of life and that metaphor helped me navigate the transition to a new country. On the tennis court I’m always experimenting with different strategies, checking the outcomes and making adjustments in real time. All the while – on the court and off – I do my best to enjoy the experience and create meaningful connections with other people.”

Back in Mexico, Irene earned a BS in information systems at Instituto Tecnológico y de Estudios Superiores de Monterrey. She went to work as a corporate systems analyst and later joined the faculty of her alma mater. Irene’s heart for human development led her become a certified Neuro Linguistic Programming Practitioner. Once in the States she worked at the Kansas Hispanic and Latino American Affairs Commission and later at Prevention and Recovery Services, a non-profit organization with a focus on prevention of crime and youth substance abuse.

Irene’s commitment to educating and empowering Latinos drew her to KLC’s Building Community Leadership initiative. She played a key role in the creation of the Latino Leadership Collaborative of Kansas, based in Topeka. As a member of the KLC team, Irene coaches in both English and Spanish in Lead for Change. She teaches in Avanzando Juntos, KLC’s Spanish-language leadership development program.

Whether coaching, teaching or on the tennis court, Irene takes great satisfaction in creating space for inspiration and connection. Her biggest goal is to contribute to the growth of those around her.

Irene is dedicated to her family, including three kids, five grandchildren, and a large, extended family throughout the U.S., Canada and Mexico.