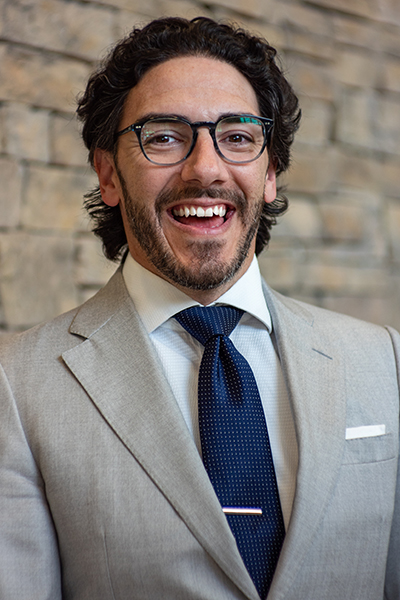 Dennis is responsible for overseeing the custom civic engagement efforts at KLC. What is custom civic engagement you ask? Dennis and the team are still figuring that out. In the meantime, think of it as the application of the KLC leadership framework “in the arena,” so to speak, of civic life. Representative projects to date include mobilizing communities to take local action to help end the pandemic and facilitating community discussion and discernment on governance issues such as the City of Wichita’s nondiscrimination ordinance and the Topeka USD 345 namesake question.

A modern-day Renaissance man, Dennis has a well-rounded breadth of professional experience. From private to nonprofit, aerospace to real estate, engineering to media relations, his career has spanned a variety of sectors, industries, and functions. Before joining the KLC, prior assignments included Government Affairs Director for the REALTORS® of South Central Kansas, Senior Manager of Public Affairs for Cox Communications, and a range of technical and strategic roles for The Boeing Company.

Dennis is also a trained emcee and an entertainment personality with 20 years of experience. After cutting his teeth as resident emcee at America’s Pub, he has hosted and been the featured speaker at myriad celebratory, civic, and philanthropic events. Highlights include Shocker Madness for WSU Athletics, SunFest Music Festival in West Palm Beach, and several engagements focused on diversity, equity, and inclusion. Look for him to pop up from time to time on the Wichita hype man circuit.

Born in Denver, Dennis moved around in a military family before returning to Colorado and completing high school. He was recruited to Wichita to work for The Boeing Company after college in 2001. True to the spirit of KLC’s mission, Dennis became heavily involved in the civic life of his new Kansas community. In his two decades in Wichita, he has served in leadership capacities on a variety of local boards, including the Leukemia and Lymphoma Society, the Wichita Regional Chamber of Commerce, the Kansas Hispanic Education and Development Foundation, and the City of Wichita District V Advisory Board.

Dennis earned a B.S. in mechanical engineering from South Dakota Mines and an EMBA from Wichita State University and has thereby been granted lifelong membership into the supersecret Hardrocker-Shocker Society. That’s not a thing, but it should be. He loves his supremely talented wife, Tara, hyper curious children Daxton and Taya, introverted border collie Elphie, the Denver Broncos, superheroes, lightsabers, underdog stories, the YMCA, hip hop, empanadas, and boy bands. But make no mistake, he’s team BSB.