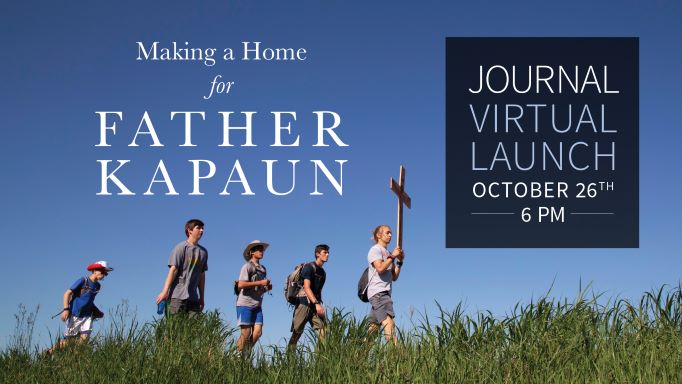 Making a Home for Father Kapaun A Virtual Discussion and Journal Launch Event Tuesday, October 26 | 6:00 – 7:30 PM Special thanks to media

Making a Home for Father Kapaun

The remains of the Rev. Emil Kapaun, a revered chaplain and a candidate for Catholic sainthood, returned home to Kansas. But to Wichita, not to his hometown of Pilsen. That has been a tough pill to swallow for some residents of the Marion County hamlet of fewer than 100 people. But Kapaun’s descendants say the town isn’t ready for an influx of visitors retracing the courageous priest’s short life.

And they might not be in alone in having preparations to make in the years and decades to come. While there are more than 10,000 saints in the Roman Catholic Church, the United States can claim very few of them. A growing interest in Kapaun’s life and legacy could bring many thousands of visitors to the region, especially if he continues on the path to canonization.

Join Journal managing editor Chris Green, reporter Stan Finger and a panel of experts to discuss what kind of leadership might be necessary to build upon Father Kapaun’s legacy in his home state and make it possible for more people to be deeply impacted by his story. Panelists will include:

Registration is free and you can also sign up to receive a print copy of The Journal. If you are able, we would appreciate a $16 donation to cover the costs of producing, printing and mailing the magazine. After submitting your registration, you will be given an opportunity to donate.